Julius and Marci are happily living and working in the DFZ when they get pulled right back into trouble, this time with Vann Jeger, the dragon hunter, and Estella, the dragon seer of the Heartstriker's rival clan. When allies and family members are compromised, it will be up to Julius, Marci, and her bound spirit to save themselves and Julius's family. 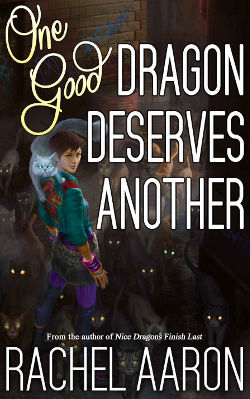 This was a great continuation of the series!

I liked all the same great things that I liked in the first book. The dragons were cool. The plot and pacing were excellent and kept me gripped and wanting more. The characters were unique and interesting and mostly likeable, despite whatever flaws they may have. There was even some humor throughout the book; these books aren’t too heavy, at least not so far in the series.

What really stood out this time though was the whole cast of characters and seeing so many of the Heartstriker siblings work together. It turns out they’re not all as bad as Julius originally thought. Some of them show in this book that they clearly are capable of caring about one another, whether they’ll admit it or not. Like Chelsie, who is universally feared as the enforcer but who finds loop holes to get out of killing siblings who don’t deserve it. And Justin, who is hard-headed and prideful but who’s been there for Julius when he needed help. And Amelia, who is a typical dragon in many ways but who can recognize and return loyalty when she finds it. And of course Julius, the nice dragon, and Marci, the enthusiastic mage, were still such easy characters to like and root for.

We even got to learn more about the world, the magic/spirits, and the dragons’ homeland in this one. It turns out Marci’s spirit cat, Ghost, is not exactly the little death spirit she thought he was, but I won’t say any more than that because I don’t want to spoil anything 😉

Anyway, this is turning out to be a great series so far with lots of action, lots of magic, and lots of lovable characters!

Fans of Book 1 in Rachel Aaron's Heartstrikers series. Anyone who likes dragon shifters, magic, a whole cast of unique characters, a fast-paced story, and some unique futuristic world-building.

Book Review: A Dragon of a Different Color (Heartstrikers Book 4) by Rachel Aaron

Have you read One Good Dragon Deserves Another by Rachel Aaron?
Do you like when a series has a whole fleshed out cast of characters? 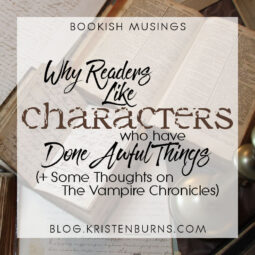 Bookish Musings: Why Readers Like Characters Who Have Done Awful Things (+ Some Thoughts on The Vampire Chronicles)