Kelsey wants nothing more to do with the supernatural world after the childhood she's had and has become a private investigator instead, but, when young shifters start going missing, she can't ignore it and gets pulled right back in. As if that weren't enough already, she also has a half-demon, Grayson, and a vampire, Marcus, vying for her attention as well as a family secret coming to light that could change everything.

I got sucked into this series with Steal the Light. I loved the original Thieves series and read through the whole thing in five days straight. I wasn’t crazy about the idea of new main characters, but not continuing was simply not an option.

For one thing, I wanted to see what Dev, Daniel, and Zoey were up to, their children, how the Council and supernatural world changed, etc. And I was pleased that they were included.

But the main reason I was so excited for this book, despite the new protag, was because Marcus is one of my favorite characters ever.

Can I just spend my entire review talking about him? Better yet, can I just… can I just have him?

When the series ended, I was literally thinking about how he’s one of the few vampires who treats his companions well and how I really want him to find someone he loves who loves him back. How could I not be excited for this book when that was what it was going to be about?!

I was especially bothered though by the lack of consent that seemed to be going on in one of the sex scenes. *MILD SPOILER* Kelsey was tied up and said no, but Grayson just kept going anyway. It was fine in the end because she secretly did want it… except there was no way he could’ve known that her no actually meant yes since it wasn’t like they had discussed any safe words or anything. And I just wasn’t ok with that. *END SPOILER*

Then there was Daniel. *sigh* I have had this love/hate relationship with him since Book 1. See, I was always Team Daniel. Sometimes he’s my perfect, favorite type of character. Sometimes he’s brooding and sad and unsure of himself and sees himself as a monster, but he’s always sure of is his love for Zoey. Sometimes he says the most emotional, heart-warming-and-heart-wrenching-all-at-once things. But other times he’s so very NOT perfect. And I love that he’s flawed, TRULY flawed. But he let me down big time in this book with how he treated Kelsey. *SPOILER* He basically screwed up her entire life, crushed her, forced her to stay and be his Nex Apparatus, and he did so suddenly, brutally, and publicly. He could’ve done what Zoey said and had her over to dinner, explained the truth, convinced her to train, set her up with Marcus as her teacher, etc. He could’ve done it before she started dating Gray so that they wouldn’t be ripped apart and crushed emotionally. He could’ve done it differently. *END SPOILER*

So basically, the only male characters I was happy with were Marcus and Jamie. But the characters were all still three-dimensional and well-developed nonetheless.

Overall I did enjoy the book, just not quite as much as the original Thieves books.

*This is a spin-off series, and I highly HIGHLY recommend starting with Steal the Light. The original characters have a heavy presence, and I don’t think this spin-off series will be as enjoyable if you haven’t read the original one.*

Have you read Ripper by Lexi Blake?
Who would you choose in a love triangle between a half-demon and a vampire? 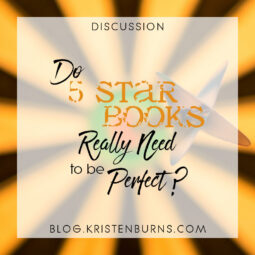 Bookish Musings: Do 5 Star Books Really Need to Be Perfect? 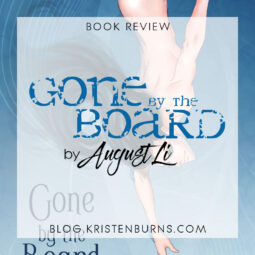 Book Review: Gone by the Board by August Li