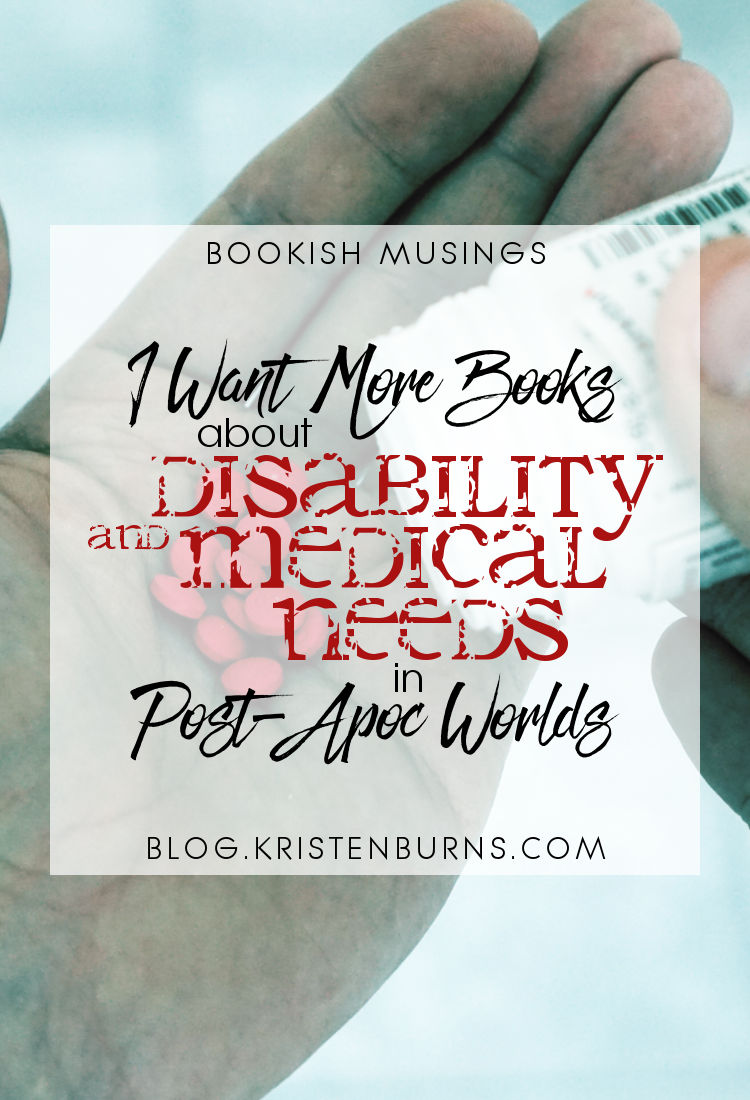 I put the ellipses in the title because I’m going to make this a new kinda sporadic feature. Meaning I plan to do at least a few other posts about things I want more books about. I think it’ll be fun 🙂 Anyway…

In all my posts and conversations with everyone about disability in books, I have realized there is a subgenre that seriously needs to exist: people with disabilities and special medical needs in post-apocalyptic worlds.

I mean, this is something that almost no one ever considers. There would absolutely be plenty of people with disabilities who would survive the apocalypse, not to mention all the people who don’t quite have disabilities but still have certain needs because they wear glasses/contacts, have braces, take medications, etc. So where are all the books about them?! I would read the hell out of that subgenre, and apparently lots of other readers would too. So I’m gonna talk about it, and maybe some authors will get on board and start writing these books for me 😉

Ummm, because it just sounds awesome?

Seriously though, soooooooooooooo many people have some sort of disability or take medication or have some sort of special need. And not only would it be fantastic to get some representation of that, there’s also just so much potential for stories there. Like, instead of just killing zombies or surviving, they could be trying to find/make the thing they need, to find a specific person who could help them, to somehow solve the problem on their own, to stockpile what they need, etc. But it’d be great just to see the added difficulties people with disabilities would have simply fighting zombies and/or surviving. And since so many people have some sort of disability, it would make the characters in these books super relatable.

Here, authors of the world, I will help you get started with some ideas:

– Characters with glasses/contacts trying to stockpile or raiding stores to find/make just the right glasses for their prescription. Ok, probably not a whole lot of story potential here, but so many people would have this problem, myself included! Just making a character who runs out of contacts and has to fight zombies and/or other people with blurry vision would be an added bit of realism.

– Characters who need certain medications learning how to make those medications themselves. (This is what Sugar Scars is about, one of the few books I know of that does fit this subgenre idea).

– Characters getting creative and finding the parts they need to make new prosthetics when the one they have breaks, or prosthetics that are better suited to the post-apoc world.

– Deaf/blind characters in a zombie book not being able to hear/see zombies coming. That would bring a whole ‘nother level of terror to the book but would also be really interesting.

– Characters who use wheelchairs and can’t run from danger. Maybe they survive by becoming (or already being) masters at using guns and other long-range weapons? Or not, and they just survive in other ways. Even navigating a zombie-free world would be difficult if there was plant overgrowth, bodies, rubble, etc. everywhere.

– Basically characters with literally any chronic illness or disability that makes things more difficult trying to survive anyway. No one ever thinks about disability in post-apoc worlds, so just including it period, would be amazing. There doesn’t need to be a special storyline about it. A book doesn’t have to be about disability in order to include disabled characters.

So you see? The possibilities are endless.

Books That Already Exist about Disabled Characters in Post-Apoc Worlds

*Note: I have not read all these, so I don’t know if the disability representation is actually good or correct.* 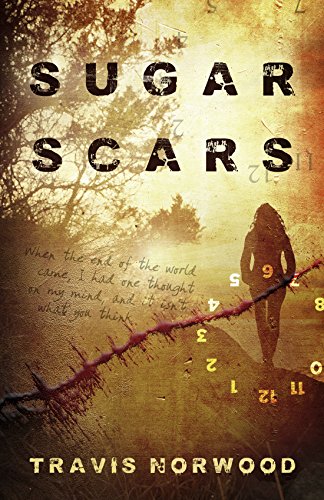 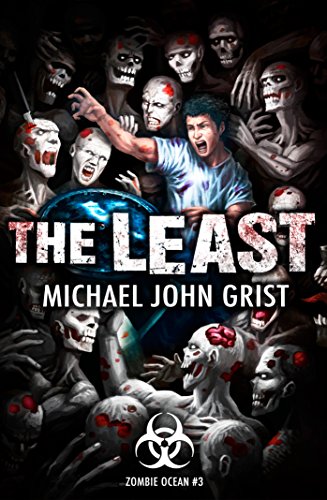 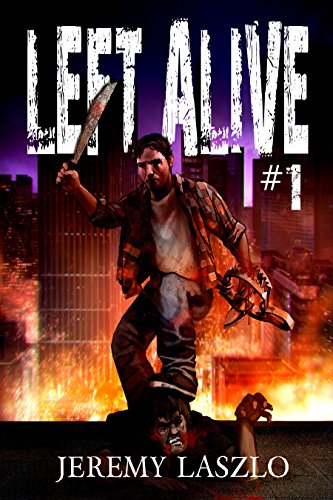 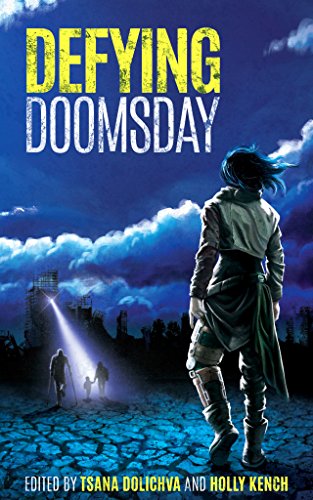 Would you read books about characters with disabilities and medical needs in post-apoc worlds?
What other ideas can you think of for stories that would fit into this subgenre?
Do you know of any post-apoc books with disabled characters? 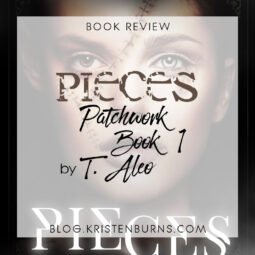 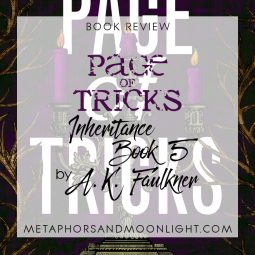 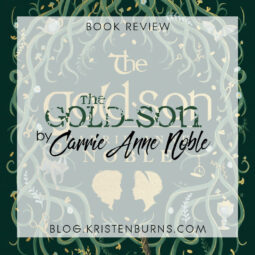