First of all, if any of you knew/knows anyone who passed or was injured or even survived through 9/11, my thoughts are with you today.

And now, because I never know how to segue out of something like that without sounding insensitive but also without dwelling on sadness for too long, I’m just going to go to the next topic which is that it’s official: computers hate me. You all know how my one-year-old Toshiba laptop broke and I sent in it three times and they never actually fixed it so now it’s just a paperweight? Well, my grandma just got a new computer, so I got her old desktop. I looked up the specs, and it seemed good. But then I actually set it up, turned it on, did a factory reset and all that jazz… and I swear it’s even slower and glitchier than the old, half-broken laptop I’ve been using that’s full of programs and photos and everything. It keeps doing this weird glitchy thing whenever it slows (which is like half the time) in which the cursor starts dragging and being choppy and the keyboard doesn’t register correctly and starts doubling letters or adding them after I’ve already typed the next one. And Photoshop doesn’t seem to work any better, which was the main reason I needed it. *sigh*

Oh, and the old laptop, I swear it knew when I brought the desktop in. I turned it on to transfer some stuff onto an external drive, and it was making the worst, loudest noises it’s ever made. It’s like it felt threatened and threw a temper tantrum. But when I turned it on again later after having deemed the desktop no good, the laptop was back to normal. I swear I must have an electronics or computer curse. That’s the only explanation.

So there’s this one publisher whose books I really like, and I do get eARCs from them so that’s fantastic and all, but I am so fed up with how they never ever ever ever ever tell you when a book is going to be the first in a series. Number one, it screws up the graphics I make because I include the series name and book # in them (maybe that’s not important to anyone else, but I’m a perfectionist and like everything to be consistent on my blog, so it’s important to me). Number two, I’m pretty much not taking standalones anymore unless they really sound AMAZING or there’s some special reason I want to read them. So then I have to go Google each book I’m interested in, look at the author’s GR and blog, and try to hunt down info to see if it’s mentioned anywhere that the book is going to be part of a series. And you know what? That takes way too much time and effort. So I think I’m just going to pass on taking any books from them until I see that Book 2 is being offered (since obviously by then I can see it’s a series). If you want me to spread word about your books, then you need to help me help you by telling me if it’s part of a series or not.

On a less rant-y note, I posed this question on Twitter yesterday:

Q for authors, is it rude for a reviewer to contact & ask about a review copy if the author isn't explicitly offering?

I oftentimes come across books I want but can’t afford, but I never end up contacting the author because I worry it’ll seem pushy and they’ll feel obligated or uncomfortable. I only got a couple responses to my question, but both authors said that they wouldn’t mind and don’t think it’s rude, so maybe I worry for nothing? I’d still love to know what more authors and reviewers think.

(Also, I totally just learned how to embed a tweet! Lol.)

Oh, one more thing, I’ll be having my first guest post this week! I’m branching out and trying new things 🙂

I’m annoyed because I actually requested three books on Netgalley early in the week but still haven’t heard back for any of them -_- (I requested 4 total, but one was Friday afternoon and there’s a 99% chance I’m not getting that one anyway, so it doesn’t even count.) But I also have some “Read Now” books I want to get, and now I have to wait because my ratio is going to go down as soon as I do. Anyway… I’m not sure if Art of Death is part of a series that got abandoned after Book 2 or if there are only two books? But I can’t help myself, I’m dying to read it too much to care. Reviews for Between Dreams mentioned some things I like, some things I dislike, so I’m willing to take a chance on it. Sometimes those types of books end up being the best. And I know nothing about Zoraida Grey other than the blurb, didn’t even have a preview/excerpt to see if I liked the writing style, so I guess that one will be a total surprise lol. 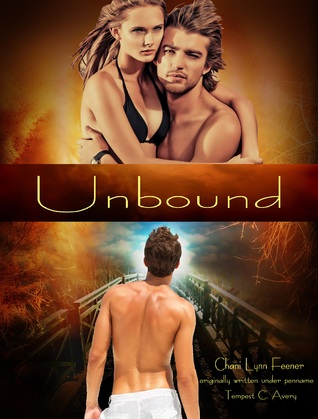 I thought Unbound was the end of the series, but it wasn’t. So that was good and bad since yay there’s more but also I thought it would be wrapped up so it threw me off. House of Ravens was a good book, but a little anticlimactic for the end of the series. And the only reason I read Alice in Wonderland was because I like to read the originals before reading retellings, and I have a retelling that’s an ARC way past its release date. I’m just really glad Alice in Wonderland was so short. You can see my mini review here.

Song of the Week:

“Emergency” by Nothing But Thieves – I don’t know, I just like how it sounds.

– I shared how I keep track of review copies with a spreadsheet (and offered my template for download).
– I reviewed Untaken by J.E. Anckorn, A YA alien post-apoc w/ amazingly complex characters.
– I asked whether you’ve ever enjoyed a textbook and shared some that I’ve enjoyed.
– I reviewed Wriggle & Sparkle by Megan Derr, an ADORABLE, joy-inducing M/M book about a genderfluid kraken and a unicorn w/ ridiculously lovable characters.

Did you find any good books or music last week?
Do you know of any way to break an electronics curse?
If you're an author, would you mind reviewers contacting you to ask about review copies if you weren't explicitly offering?
If you're an reviewer, have you ever contacted an author who wasn't offering?