Well, it’s been another uneventful week for me in “real life.” But uneventful is better than bad, so that’s ok.

Let’s see, what else… Did you all know that you can “shuffle” and “repeat” playlists on YouTube? I did not. I want to assume it’s a new feature just so I don’t feel like such an unobservant idiot, but I don’t think it is lol. I listen to a lot of playlists on YouTube though, so that repeat one will come handy. I haven’t found any new songs I love lately though, so that’s a bit of a bummer.

Aaaand that’s all I got.

So I’ve been researching some about the seven circles of Hell in Dante’s Inferno for another book idea I have (yes, I just keep meticulously planning books but never actually writing them, DON’T JUDGE ME), and oh my goodness it is HORRIFYING. I would never wish those punishments on my worst enemies. Not that I actually have “enemies.” Does anyone in real life have legit enemies? I feel like that’s so dramatic lol.

Also, have you all seen the Twitter account @broodingYAhero? I just sat and scrolled through the tweets for a while because they are hilarious.

Also also, I’m thinking of adding review summaries to my book reviews, but I don’t know. On the one hand, it’ll make them appear even longer, which goes against the whole point, but on the other hand, it might make the reviews helpful to more readers since some readers like short ones whereas other readers like in-depth ones. Thoughts?

Also also also (I’m so good at transitions), I thought I was out of my reading slump, but I guess I’m not quite. It’s not the fault of the books AT ALL. They’ve been amazing. It’s like, I want to know what happens and get to know the characters, but I just don’t want to read period. Times when I’d normally read, I instead find something else to do. I just want to be able to absorb the stories through osmosis.

Oh! One last thing. Has anyone heard about Amazon deleting reviews if you post your reviews on Goodreads before the release date? I heard this the other day, but I don’t want to add fuel to the paranoia fire by jumping to conclusions that this is actually true.

A Triad in Three Acts was kind of a happy surprise because I had come across the first “book” before on GR and been interested because a M/M/M menage with elves and old feelings and emotions and resentment to work through? Yes, please! But then I saw that it was 70 pages and was disappointed because I don’t do anything less than AT LEAST 100. Buuuuut then I saw this on Netgalley, recognized the blurb, and realized this is a combo of three “acts” that amounts to about 300 pages. So yay 🙂 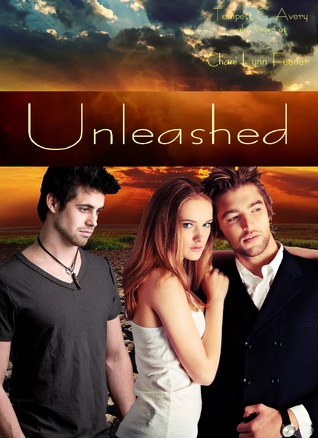 Normally I don’t like fluffy books, but I LOVED WRIGGLE & SPARKLE SO MUCH. I am bonkers excited to share my review this week. Yes, I totally just said bonkers. That’s how excited I am. I would also love to try some more of Megan Derr’s books now since I have been interested in some of them.

I had a few issues with Unleashed that I didn’t have with the first book in the series, but I still found it an enjoyable read overall.

Song of the Week:

No song this week.

– I reviewed A Faerie’s Curse by Rachel Morgan, another great, fast-paced book in one of my favorite YA series.
– I discussed why I don’t DNF books.
– I reviewed Animal Instinct by Stephen Osborne, the second in a light, fun M/M urban fantasy.
– I reviewed The Ferryman Institute by Colin Gigl, a fun, quirky, twisty urban fantasy adventure.

Did you find any good books or music last week?
Would you find review summaries helpful or think they'd be a good idea?
Would like you also like the ability to absorb stories through osmosis?