I almost feel like I should saving these paranormal creature topics for October since that’s Halloween-time, but I suppose every month is October when you read as much paranormal and urban fantasy as I do.

Speaking of ghosts though, I have a story about my very own personal ghost encounter. When I was younger, until sometime in my teenage years, I used my parent’s bathroom to shower because that was the best shower in the house. And because all three of us used that shower, there were three wash cloths on the rack. One day, two of the wash cloths were overlapping on the rack in this way that really bothered me. I can’t explain it, it was just one of those things. The way they were dripping was just bothering me. Not enough, however, to actually make me leave the nice, hot water. So I turned around for a moment, and, when I turned back around, the wash clothes were like an inch apart. Now, in order for one of my parents to have moved them, they would’ve had to open the bathroom door and the shower door, which was literally impossible to open and close silently. Not to mention my parents didn’t barge in on me while I was showering. And the wash cloths were wet, so they were too heavy for any kind of draft to have done that.

I was freaked out. And you know how if there’s a spider, for example, you can just keep your eyes on it so that it can’t sneak up on you and therefore you feel safer? YOU CAN’T DO THAT WITH  GHOSTS. I literally just kept my back against the wall even though it didn’t do any good and got out of there as fast as possible. Anyway, it turned out I wasn’t the only one in the house who thought there was a ghost in that shower, but I figure it moved the wash cloth so that I wouldn’t have to leave the hot water, so it was probably a nice ghost at least.

And that’s it. I never had anything else ghostly happen. I probably offended the poor thing when I didn’t appreciate its help.

Anyway, enough of my rambling. Here are some ghost covers!

Cover Characteristics is a weekly meme hosted at Sugar & Snark. I went rogue this week, so my topic is: 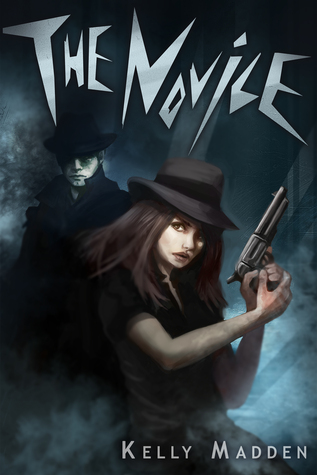 The Ghost Chronicles by Marlo Berliner

I have a strange love/hate relationship with this cover. I kind of like it, but I also think the lights look really fake, but I also kind of like the fake-y look of the lights since it makes them stand out? I think the whole thing is pretty though, the house, background, etc., even if the ghost on this one is just a tiny thing in the corner.

I actually don’t think the third one is part of the series, but it just kind of fit. These are such pretty, elegant ghostly type covers.

The Ghost of Graylock by Dan Poblocki

She definitely looks creepy and ghostly, what with the way she’s glowing and walking through a door.

These are just a fun rendition of ghosts (and zombies), and I love the art style.

I just really like this one. Maybe it’s the contrast of the bright, glowy ghost with the dark, destroyed background.

I have actually been meaning to start this series. I especially like the first cover. It really does look both demonic and ghostly. And pretty.

The Prodigy Series by Kelly Madden 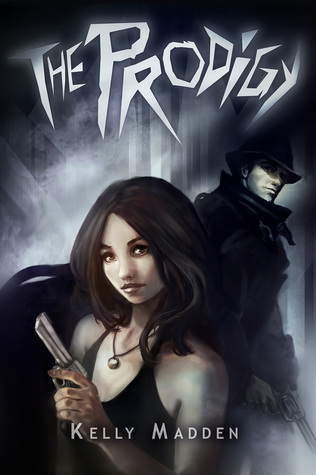 I love the art style of these, and they just really grab my attention and make me want to read the books. (And yes, according to the blurb that is a ghost in the back.)

I’m just kind of assuming that’s a ghost on the cover since that’s what the book is about and because she looks creepy as hell. I love the style of the whole cover though.

I just love this art style, and this cover just looks like there’s a really interesting story there. Maybe the ghost is like a third wheel, in love with one of the living men but can’t have him? (Or maybe I should just read the blurb and stop making random guesses.)

My Favorite:
Anna Dressed in Blood Series by Kendare Blake

To be honest, I think the entire top row of covers are all my favorites, but I just decided to go with these because of the red 😛 They’ve got pretty art and lots of red and black, so I couldn’t resist. Plus Girl of Nightmares is extra ghost-y what with the girl and all the red ghosts around the bottom.

Which book covers with ghosts is YOUR favorite?
Do you have any ghost encounter stories?

Bookish Musings: Have You Ever Enjoyed a Textbook?