Blogging Tips: Tips for Writing Book Reviews When You Don’t Have Much to Say

I love writing book reviews, for the most part. I enjoy getting to share my thoughts and opinions and feelings about books and to know that other people actually read them and even sometimes find them helpful. But I know that some people struggle. And even I sometimes come across a book for which I just… don’t know what to say.

I also remember how much I struggled to figure out how to write reviews when I first started. When I was first considering the possibility of becoming a book blogger, I tried to write this practice review, and I think it took me like half an hour to write one paragraph, and then I just gave up. I had this idea in my head that reviews had to be super professional, and I also thought the “correct” way to review was to give a kind of summary as the first paragraph?

I don’t know. But my point is that I think a post with some tips would’ve been helpful! And that is why I thought I would share some tips and ideas for all my fellow current and future reviewers 🙂

Talk About the Basics

Plot, characters, world-building, pacing, romance, writing… did I miss anything? You pretty much can’t go wrong by covering all the bases (that apply, depending on the book) since these are the main things readers usually want to know about.

Was the plot action-packed? Full of twists? Did it make sense? Did it flow, or did it feel forced?

Was the world-building lacking, was it super detailed, or was it somewhere in-between?

Was the pacing slow, steady, or fast?

Was there romance? Was it instalove? Was there a slow-burn? Any tropes, like enemies-to-lovers, second chance romance, fake relationship/engagement, or fated mates?

Was the writing lyrical and beautiful? Was it flowery and metaphorical? Was it simple and easy to read? Was it unique in any way?

Talk About How You Feel

Emotions! The emotions you feel toward a book or anything in a book can say a lot.

Did you actually shed tears while reading? Or laugh out loud? Or scream something at the protagonist? Or squeal when the characters kissed for the first time?

Did you feel seething rage toward the antagonist? Did you want to give the protagonist a giant hug because you felt so bad for her? Did you fall in love with a side character? Would you date the love interest?

Instead of just talking about how you feel about things in the story, describe them. We all have different tastes, so actually describing a character’s personality, for example, is more helpful than simply saying, “I really liked the character!” (Even though I myself am guilty of doing that sometimes.)

Describe each character’s personality and what traits they have. Talk about what it is specifically that you like or dislike about them. Give examples of how they react in situations.

If a book is sci-fi/fantasy, describe the world. Maybe there’s a unique magic system that other people would find interesting. Tell what paranormal creatures are in the story. Talk about what kind of advanced technology it had. Talk about the society if it’s different from our own. If there was a unique or interesting setting in the book, mention or explain it.

If the blurb is vague or you think it’s misleading, explain what the story is about in your own words—just make sure to avoid spoilers!

Sometimes you might not know what to say about the book in general, but there are specific things that stand out to you.

Were there any quotes in particular that resonated with you or cracked you up that you could share?

Did you have a favorite character or scene you can talk about (without spoiling the story)?

Was there a beautiful setting described that you wish you could visit?

Other Random Things You Can Talk About

Here’s a list of more random things that you could mention if they pertain to the specific book:

– Was the mystery good? Did it stump you? Did you figure it out way ahead of time?
– Was there diversity of any kind (race, culture, religion, disability, mental illness, lgbtqia)? Was it a good/accurate representation?
– Were there any non-romantic relationships explored, like friendship or family?
– Was there a lot of sex or violence? How explicit/graphic was it?
– Was the book scary/creepy?
– Did you learn anything from the book? (Maybe about space or technology if it’s sci-fi, or about whatever job/hobby the main character has.)

Now Put It All Together!

Just kidding. That makes it sound like we’re doing some sort of choreographed dance.

Seriously though, we all come across books sometimes that we struggle to find things to say for, but there’s always something to say, right? And it doesn’t have to be professional, just honest and respectful. And you never know what types of things might make someone interested in a book or help someone make a decision.

There’s no set length for reviews, and different people like to read reviews of different lengths, so you don’t need to pressure yourself to make your reviews longer. But next time you get stuck on a review for a book you do want to say more about, maybe some of these suggestions will help!

Do you ever get stuck and not know what to say in book reviews?
Do you use any of these ideas in your reviews already?
What other tips or suggestions do you have for reviews? 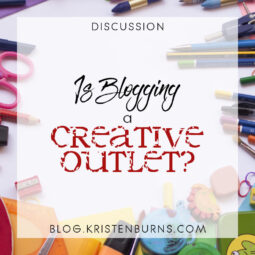 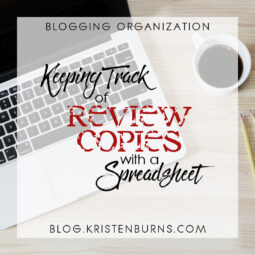 Blogging Tips: Keeping Track of Review Copies with a Spreadsheet 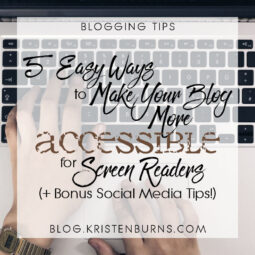 57 thoughts on “Blogging Tips: Tips for Writing Book Reviews When You Don’t Have Much to Say”